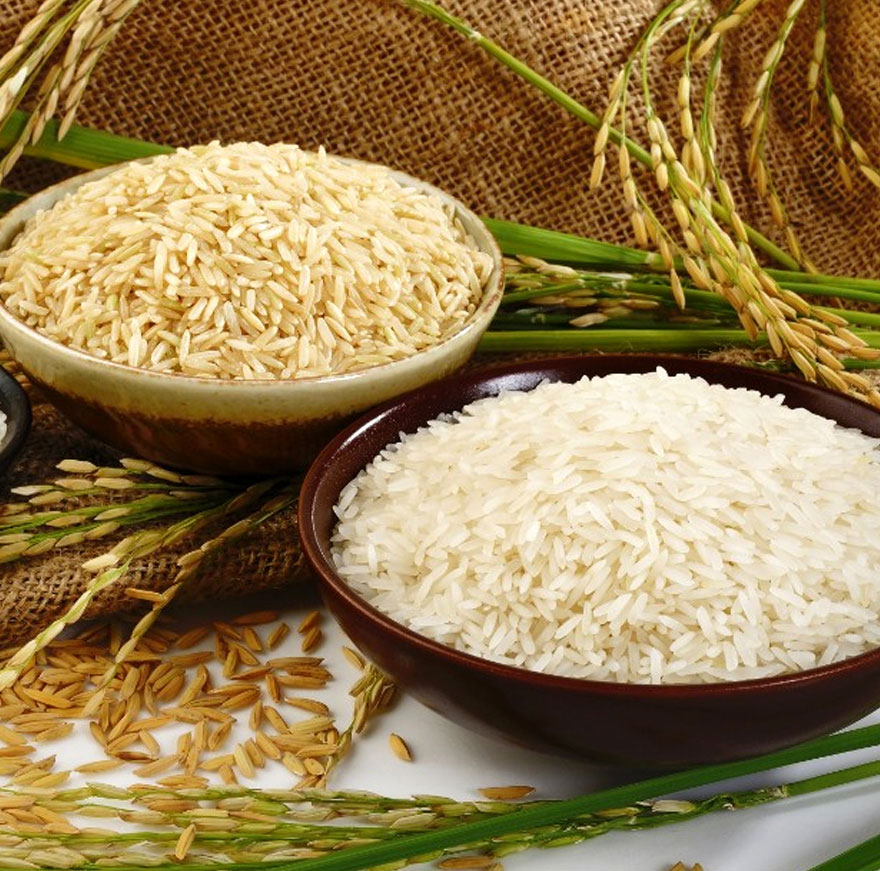 We are one among the best Rice sellers in Tamilnadu, India. We offer our customers with excellent and quality rice brand varieties that too at affordable prices. The brand Appachi termed as father and derived from famous Nattukottai Chettiyar community who are born from Chettinad. Chettinad is most famous for traditional tasty foods throughout the world. We provide various varieties of rice. This will meet high quality, with an economical value.

Avudaiyar ponni rice is harvested from the paddy which are grown in the region of Avudaiyar Kovil in Tamilnadu. These are from the deltas of River Cauvery but the taste differs due the soil in TamilNadu region. These paddies are cultivated in red soil. Avudaiyar ponni is particularly rich in niacin, giving 4 milligrams, or 23 percent of the prescribed every day consumption in 1 measure of cooked rice. You'll additionally get 19 percent of the everyday intake of vitamin B-6. These qualities are about twofold the sum you would get from non-improved white rice. Your body needs B vitamins to process sustenance into vitality, however they additionally fill different parts, for example, making hormones and neurotransmitters. Vitamin B-6 expels the amino corrosive homocysteine from your circulatory system by transforming it into different substances. This may help keep your heart sound; abnormal amounts of homocysteine are related with an expanded danger of cardiovascular infection.

Sona Masoori is a medium grain Indian White Rice which is grown in Andhra Pradesh and Karnataka. They are also known as HMT Rice in which the paddy is produced from the State of Maharashtra. They are also circulated in the name of BPT 5204 and Samba Masuri, they are usually cultivated under a fertile and irrigated condition in Kurnool, Warangal and Nellore, who are the leading producers in Andhra Pradesh. Lightweight and low in Starch, producing an induced aroma are some of its characteristics. It doesn’t have fibre content but they are replaced by an equivalent carbohydrate which gives a calorie intake. This Rice regulates the operation of Brain, Heart, Liver and Kidney. The Dietary guidelines of America on 2010 recommended calorie content from carbohydrate should be from 45-60% in which this rice is an excellent suggestion. Sona Masoori rice is free from Fat and Sodium which is a key for the people on diet.

Karnataka ponni rice originates from Karnataka as the name suggests and these paddies are grown in the fertile regions in the basin of the river Cauvery. Ponni rice is a type of parboiled rice, which is different because of its special preparation. Fibre, calcium, potassium and vitamin b-6 are rich in ponni rice when compared to the normal white and other rice. This is prepared by the process of soaking, steaming, drying and hull removing, the steaming process helps the rice to maintain and absorb more nutrients and change the starch so that it cooks into a firmer and less sticky when compared to the white rice. One measure of cooked Karnataka Ponni rice gives 41 grams of aggregate sugars, or around 33% of the suggested day by day consumption of 130 grams. A similar bit has 1.4 grams of fiber, which supplies 4 percent of men's and 6 percent of ladies' day by day fiber. Parboiled rice has twofold the fiber than you'd get from cooked white rice. It has a low glycemic score of 38, compared with a high 89 for white rice.

Malligai Ponni is also called as Raja Bhogam locally and these are economical rice which are bought higher in number due to its lesser cost. It has an excellent source of protein and high in the nutrients, it is finely processed to remove foreign grains, husk and other impurities. It is free from all artificial colors and harmful adulterants. They provide a delicious taste, fine texture and they are natural. This is cultivated mostly in Tamilnadu.

Idly and Dosa are some of the usual breakfast in South India, however these are cooked only after grinding the rice with a cup of skinned black gram and a high portion of water to make it a semi-liquid, in which further it is changed to a solid shape after cooking or steaming. This is the only rice which shows better results for the preparation of liquid grounded rice with water which is often called as Maavu in Tamil. When this rice is added with water the rice losses its rigidity and becomes feeble for grinding. Further the aroma and the taste are better only in this variety of rice when compared to any kind of rice.

The steam rice is also known as half boiled rice. A serving of steamed rice has 31 grams of starch, and a serving of steam rice contains 26 grams of sugar. There are 4 calories in 1 gram of sugar; for steamed rice, 124 of the aggregate calories, around 89 percent, originate from starch. Steam rice contains 104 starch inferred calories, or roughly 85 percent. The sugar wellspring of rice is gelatinized starch. One single portion of white rice gives around 3 grams of protein, as determined by the USDA Nutrition Database, and one serving of steamed rice additionally contains 3 grams of protein. Protein can be expanded by including protein-rich nourishment, for example, barbecued chicken, lean red meat or eggs to the rice course.